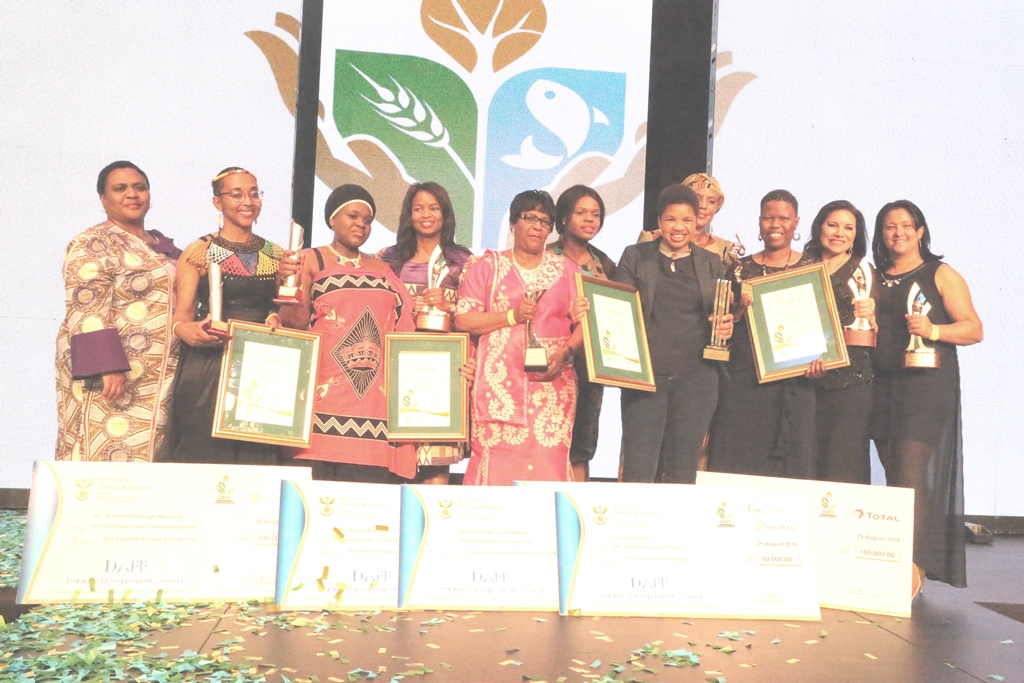 The event was held to celebrate the strides made by women in agriculture, forestry and fisheries sectors during Women’s Month,

This year’s theme is, “celebrating two decades of women’s victory in agriculture, forestry and fisheries”.

Ministry spokesperson Reggie Ngcobo said the theme attests to the department’s ongoing commitment to paying tribute to the efforts and contributions by women, young females and women with disabilities for the roles they play towards ensuring food security, poverty alleviation, job creation and economic growth in the sector.

The DAFF FEA programme is a collaborated effort between DAFF, provinces and key stakeholders. The programme was initiated in 1999 by the former Department of Agriculture under the name “Female Farmer of the Year Competition”. However, as DAFF’s mandate was expanded to include Forestry and Fisheries in 2009 there was an urgent need to reconfigure the programme to incorporate the expanded mandate, and to this end, in 2010, the programme was renamed the DAFF Female Entrepreneur Awards.

During her keynote address at the awards ceremony, Minister Thoko Didiza said, “Today, we are here to celebrate those who have worked very hard and are the beneficiaries of these awards. Through their hard work and achievements, we encourage other women to also rise up to the challenge.”

The Corporate Affairs Manager at Total South Africa Ms Nne-Mpho Siaga said, “These awards are an important stepping stone towards the elimination of skewed participation in the industries at hand and the country at large. It also brings us closer to answering the need for sustainable business practices. At Total South Africa, every single initiative, every single show of support for women, is an expression of our commitment to creating tomorrow’s legacy, today.”

She added that “If we give them the right tools, our women have the potential not only to tackle the industry’s challenges but also those that we, as a nation, are currently facing.”

Total SA has been sponsoring the awards for 20 years. This year’s ceremony was also sponsored by Old Mutual, Distell, South African Breweries, Standard Bank, and the public entity; the Perishable Products Export Control Board.

The Best Female Worker went to Katrina Nxangani from the Free State Province;

Didiza in her address motivated the 50 nominees to “take these awards as an encouragement to do even more.”

“Today once more we are here to celebrate those amongst us who have worked very hard and are the beneficiaries. Through their hard work and achievements, we encourage other women to also rise up to the challenge,” said Didiza

To Top
Go to mobile version
Get Notifications For Latest Posts & Events!    Ok No thanks