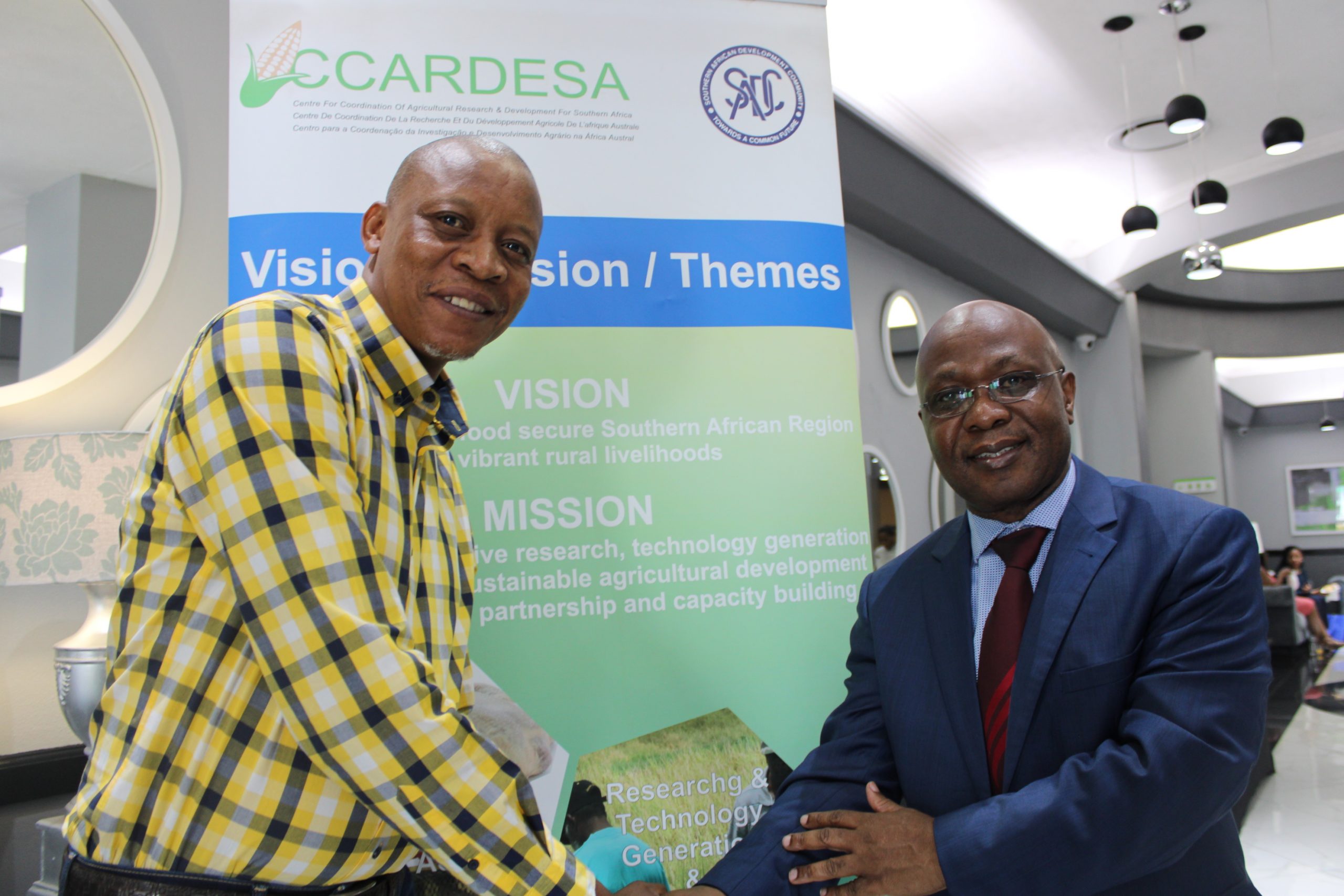 “It is such technologies that have revolutionised the way smallholder farmers approach agriculture. Our research outcomes show that malnutrition was declining in these countries and we are hoping other countries will come on board” said APPSA Coordinator Dr. Monic Murata.

The effects of climate change to Africa’s agricultural productivity is resonating painfully for farmers. Sub-Saharan Africa also had the highest malnutrition cases reported combined with the ever-increasing fear of food insecurity.

“Agricultural productivity in the region is far below potential. Although productivity has increased in recent years within Southern Africa, most of the growth has come from bringing previously uncultivated land into production, rather than from intensification made possible by technical change” said Acting Executive Director Dr Simon Mwale. Of Centre for Coordination of Agricultural Research and Development for Southern Africa (CCARDESA).

Agricultural scientists have warned Africa governments of the impacts of being inertia to invest in research and development. This was a call coming from a 3-day regional conference on Agricultural Productivity Programme for Southern Africa (APPSA) hosted by the CCARDESA currently underway in Johannesburg.

APPSA is a programme financed by the World Bank which was launched in 2013. Zambia, Malawi and Mozambique were the only 3 countries participating in the crop system so far with Lesotho and Angolan expected to join.

Over 4,6 million beneficiaries were reached within the 3 countries combined. APPSA focusses on Technology Generation and Dissemination. Malawi focussed on maize cropping system, Zambia on legumes cropping system and Mozambique with rice cropping system.

Malawi released 5 Vitamin A maize hybrids through this programme. These maize hybrids are tolerant to common fungal diseases, tolerant to drought and heat. Alternate Furrow Irrigation was also one of the conservation agricultural technology created in Malawi.

Zambia showed an impressive legumes productivity and was releasing various technologies such as inoculum in seeds, side raised window in drying groundnuts. 90 Legumes technologies have been disseminated to smallholder farmers.

Mozambique is developing a rice production plant. It has the largest rice consumption rate in the region. 69 400 of basic seeds planted benefitted more than 800 school children.

“It is such technologies that have revolutionised the way smallholder farmers approach agriculture. Our research outcomes show that malnutrition was declining in these countries and we are hoping other countries will come on board” said APPSA Coordinator  Dr. Monic Murata.

“We are impressed by the practical research done by CCARDESA. It shows that our smallholder farmers and rural communities were extremely lagging behind and it does not sit down well with us as an organisation. Our government must start embracing these agencies that have smallholder farmer interests.”

The success of the 6-year programme has produced monumental gains. “Through this World Bank funded programme, we have attained 74 regional collaborations in research and development, produced a further 68 Technologies (62 seed varieties, GAPS’s, IPDM & H20 management) and 301 technologies in innovation and management practices made available to farmers: said Mwale.