“I have travelled all over the world and have not seen one country where development did not start on the land.  For development to be sustainable, it must begin on the land and where land is properly and fully utilised, people won’t go hungry. It is a sin before God for people to have land and still starve.”

This is one of the quotes from Dr Sam Motsuenyane’s book that stuck with University of Pretoria Chancellor, Professor Wiseman Nkuhlu.

Prof Nkuhlu revealed this while delivering the Third Dr Sam Mutsuenyane’s Annual Lecture at Future Africa House, situated at the University of Pretoria, on November 20.

Prof Nkuhlu said that after visiting Dr Motsuenyane at his farm in Winterveld a while ago, and after reading his book, “A Testament of Hope: The Autobiography of Dr Sam Motsuenyane”, he then formulated the title of the lecture ‘Recapturing the Self-reliance and Resilience of Dr Motsuenyane’s Generation’.

Prof Nkuhlu said he got really taken up by the demonstration of self-reliance and resilience at various stages of Dr Motsuenyane’s life.

“The subject of discourse in this lecture was the centrality of self-reliance, resilience and integrity in Dr Sam’s character and how these attributes have enabled him to overcome adversity and achieve what many thought were beyond the reach of a black person under the exclusionary apartheid system. Of course, as we all know, his capabilities were recognised and appropriately utilised by the first democratically elected government post 1994.

“Naturally, the discussion leads to a consideration of our current situation.  Whether we have retained the spirit of self-reliance and resilience that characterised Dr Sam’s generation.  A related question is what about the ethics and integrity of leaders both in government and the private sector?” said the professor.

After listing Dr Motsuenyane’s achievements, including that of having founded the African Bank, Prof Nkuhlu said these were the very ambitious projects demonstrative of self-confidence of the African people at that time.

But unfortunately, said the professor, this thinking proved to be beyond the imagination of our liberation movements, including the African National Congress and the Pan Africanist Congress.

He said both movements could just not connect to the fundamental principles and beliefs that had inspired the generation that built the African Bank and the Black Chain.

“They definitely did not see them as heroes and as a consequence did not see the need to build on their achievements.  This is evidenced by the fact that when they were alerted that the African Bank, the pride of the NAFCOC stalwarts of the 1960s and 70s was on the verge of collapse in 1995 they failed to act.  They did not intervene to ensure that the African Bank remained under the control of its original African owners.”

Prof Nkuhlu said there are a number of possible explanations for this which are too complex to cover in the lecture.

“But definitely one is the erosion of our self-confidence as African people as a consequence of subjugation and forced dependence on whites for jobs and other necessities. This experience entrenched self-doubt in our own capacity and capabilities, leading to lowering of ambitions and expectations.

“Yes, settling for facilitated participation in the existing economy, instead of building new companies, that are initiated and capitalised by Africans will not earn us respect by white people in this country and of citizens of the rest of the world.  Above all, our feelings of self-doubt will not be completely erased.  To deal with the damage to our self-confidence, we should make sure that our productive capacity and creativity is enhanced through accelerated and focused high-level knowledge and skills development.  Then use the knowledge and skills acquired to build companies that would rival those of our white compatriots and make sure that African owned companies dominate the Johannesburg Stock Exchange because Africans are the majority,” states prof Nkuhku.

The professor continued to say that another reason could be that, because of exploitation and denial of opportunities to be producers under colonialism and apartheid, “we developed a distrust of business and this has become entrenched and difficult to expunge”.

“Also embracing Marxist socialism with its strong anti-business rhetoric as opposed to social market systems that characterise the Nordic countries which promote both economic growth and equality may be another factor.

“Whatever the reasons, history shows that no nation has ever developed without its members taking responsibility for their own development.   Listen to what Dr Sam says ‘What hurts me most is to observe how far behind we still are economically when compared to other races in our country and the level of poverty that is currently facing us.  The problem is not going to be solved for us – we’ve got to solve it ourselves.  Solutions will not come like manna from heaven, they come directly from us – we need to instil, as strong as possible, the spirit of self-reliance into our people’.”

To appreciate Dr Motsuenyane’s convictions, Prof Nkuhlu said people should look at what he has achieved in Winterveld.

“He mobilised the landowners to use their land productively and to co-operate in sourcing inputs and technology.  Each farmer taking responsibility for his or her piece of land.  They did not stop there.  They worked together to establish the Winterveld Citrus Project and then elevated their production activities to a bigger scale and up the value chain to processing of oranges and production of fruit juices.

“Imagine if there could be an equivalent of the Winterveld United Farmers Association in every village in Limpopo, KwaZulu Natal, Eastern Cape, etc.  Each family using its land productively and engaging family members in productive work.  Families competing with each other for recognition of the quality of their produce and upkeep of their lands.  Farmers working co-operatively to source the best inputs and technologies as well as moving up the value chain to wholesaling and agro-processing.  This would heal the woundedness of many women and young people whose sense of self-confidence and self-worth has been eroded by feelings of uselessness.  Is this not what we need to alleviate poverty and unemployment.

“Do not end there, imagine even further, if in addition to productive use of the land and agro-processing, there could be an equivalent of a Black Chain Store and an African Development and Construction Company in every municipal district as well as a branch of a reclaimed African Bank lending on development terms that place high priority on the character of the applicants, viability of the business to be financed, as well as competences and experience of the borrower and not primarily on collateral in the form of fixed assets as normally demanded by the bank.

“Above all, imagine if the government at all levels – national, provincial and local – would procure its goods and services on preferential terms from registered well established African enterprises that are owned and managed by Africans with requisite knowledge and skills to produce quality goods and services.  This would reward real African entrepreneurship and productivity instead of promoting gatekeeping and corruption by politically connected individuals with zero business capability.  More importantly, this would redeem our dignity and restore respect by our fellow Africans and the rest of the world.

“Then Dr Sam’s vision would be realised.  The African people would become agents of their own development.”

He continued: “Of course, for all this to happen, we would need to place in power a government that truly believes that sustainable development is only achievable when ordinary citizens are enabled and empowered to be the agents at their own development.  No government can achieve development through doing things for the people.  A government that understands that its role in development is indirect and limited.  Even its power to alleviate poverty and unemployment through the budget is limited.  Its real role is that of an enabler through policies, provision of priority social services, law and order, health, education, water and sanitation, electricity etc as well as infrastructure to support the economy.  Above all, it has a crucial role to invest in the development of the productive and creative capacity of the people.”

Nkuhlu said that recapturing the self-reliance and resilience of the Dr Sam Motsuenyane’s generation requires people to act on all the things imagined above.

“He and his generation of NAFCOC stalwarts of the 1960s and 70s have shown us the way.  Now it is the time for us who have had the privilege of working with him closely to be his disciples.  We should work together to regain African ownership and control of the African Bank.  The members of the Winterveld United Farmers Association and their children should resuscitate the Winterveld Citrus Project.  Above all, we should make sure that Dr Sam Motsuenyane’s legacy is kept alive through the Dr Motsuenyane Rural Development Foundation and his other projects.” 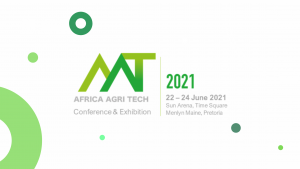 To Top
Get Notifications For Latest Posts & Events!    OK No thanks