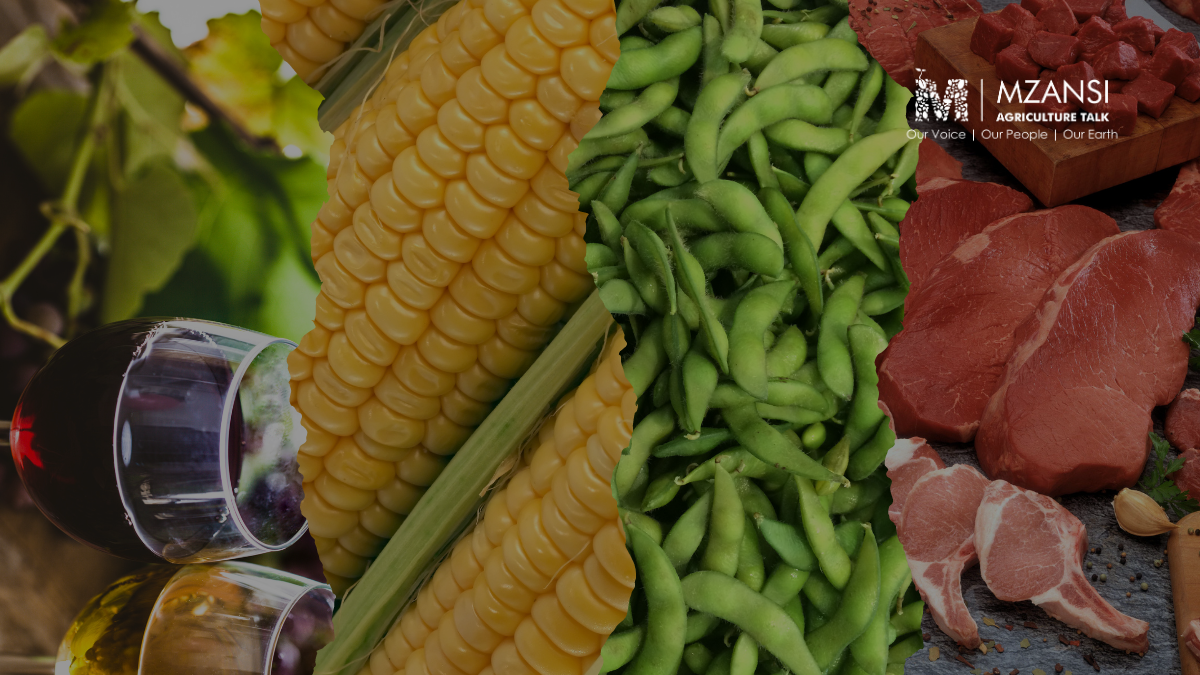 Wines
“South Africa’s exports of wine of fresh grapes declined to 21.3 million litres (worth R1.1 billion) in Q2 2020, from 43 million litres valued at R1.7 billion in Q2 2019. This decline represents a 49% year-on-year decrease in wine exports in the second quarter of 2020. The decrease in South Africa’s wine exports in Q2 2020 can be attributed to logistics and port capacity after wine export restrictions had been lifted during the first week of April” – Trade and Industrial Policy Strategies (TIPS), Export Tracker, Second Quarter 2020

Angora Auction
“The Angora Ram Breeders’ Society held its first sale of the season in Somerset East. The most expensive ram of the day came from Van Hasselt Farming. Barnard and Collin Goosen, from Somerset East, paid R34 000 to take this exceptional ram home. Besides a collection of great rams, the sale also had 354 ewes available to bolster the buyers’ breeding stock. The highest price was paid for a flock of 90 ewes that sold for R1 750 each.” SA Mohair Growers Association

Meat
“Cattle and sheep slaughter numbers increased by 4% and 12% respectively month on month, while pig numbers decreased by 1.8% mon on month but were still 23% higher year-on-year with the cumulative year to date (YTD) total up by a whopping 25% year on year. The yearly trend in local meat prices still shows an upward trend across most categories except for poultry which remains mixed with both frozen and fresh whole bird prices still in negative territory y/y while IQF turned positive in recent trades. At this rate, the monthly consumer price inflation for meat is expected to remain sticky on the upside relative to last year” – Paul Makube, senior agricultural economist, FNB.

Mohair
“The fifth sale of the 2020 winter season took place in Port Elizabeth today, 10 November 2020, of which 88% of the 102 713.5 kg that was on offer, was sold. The offering consisted of good quality mohair, with good competition between buying houses on the auction floor, especially for the RMS certified mohair. The average market indicator remained unchanged when compared with the previous sale (increased by 5% in dollar terms) to close on R247.74 per kg, mainly due to limited quantities available for the rest of the season, and good demand for sustainable certified mohair. A highest price of R600 per kg was paid for a bale of good style 24-micron kid mohair. Compared to the previous sale, the prices were as follows: Kids Unchanged Young Goats Up 6% Fine Adults Up 2% Strong Adults Down 3% Average Unchanged” – Mohair SA, Market Report, catalogue 202014

To Top
Get Notifications For Latest Posts & Events!    OK No thanks